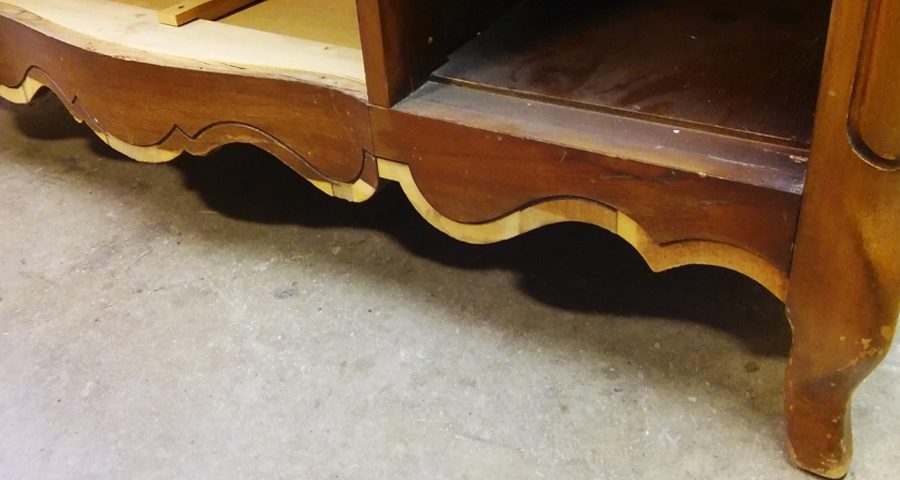 One of our customers recently brought us an unusual family china cabinet for repairs. It had originally belonged to the customer’s parents, but over the years had accumulated a great deal of wear and tear. While we can’t place the date for this piece exactly, we believe it came from sometime through the 50’s or 70’s, judging on the style. The complicated woodwork with routed scalloping indicates it’s more than a merely functional piece. At the same time, the construction uses poplar with cherry veneer, which are cheaper construction methods. It’s likely this was made after World War II and targeted toward a middle-class market.

This piece involved a lot of veneer work. For some things, we can piece in a veneer, but others require the veneer to be removed to level the substrate before gluing the veneer back on. The key to this method involves preparing the surface correctly and then clamping the pieces down correctly.

Sanding veneer can also be tricky, because you can easily blow throw a thin veneer…particularly if it’s been previously refinished. If this happens on the edges of a piece, we usually repair it, then later paint in some color to help it look intact.

The china cabinet used cherry for the veneer, with poplar for the structural aspects. This made for an interesting combination, as poplar usually has a greenish/pistachio undertone, while cherry has a redder finish. We knew the contrasting wood tones would be a key feature of the final piece, but we were skeptical about how it would turn out. We also had doubts about how the poplar might respond to treatment, as it is usually used only as a secondary wood because it can be very blotchy when a stain is applied. 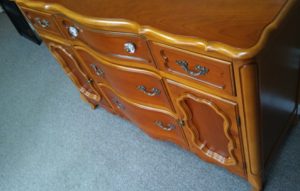 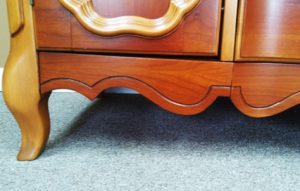 In the finishing process, we did the cherry first. We masked off all the poplar, which was difficult because of all the scalloping. We then put lacquer on the cherry, let it dry, then did the same thing in reverse to stain the poplar. 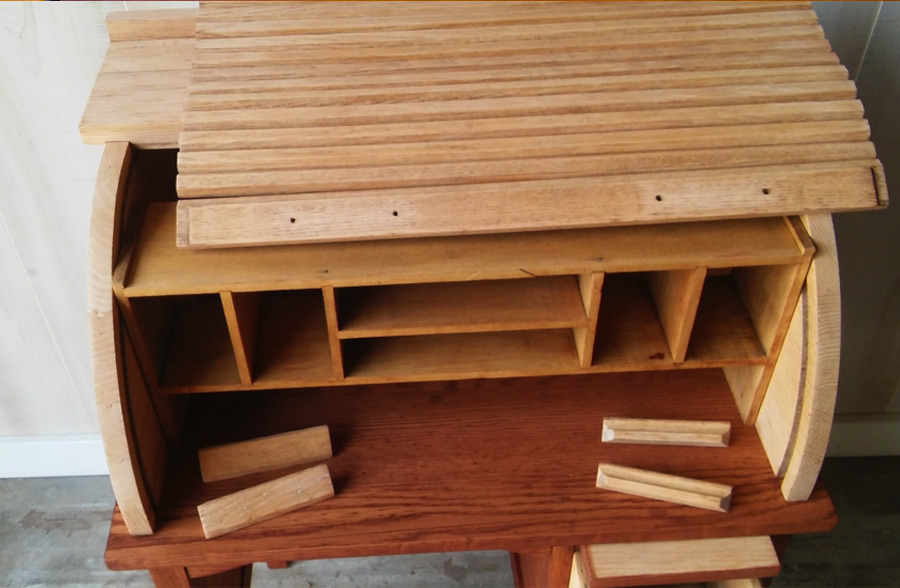 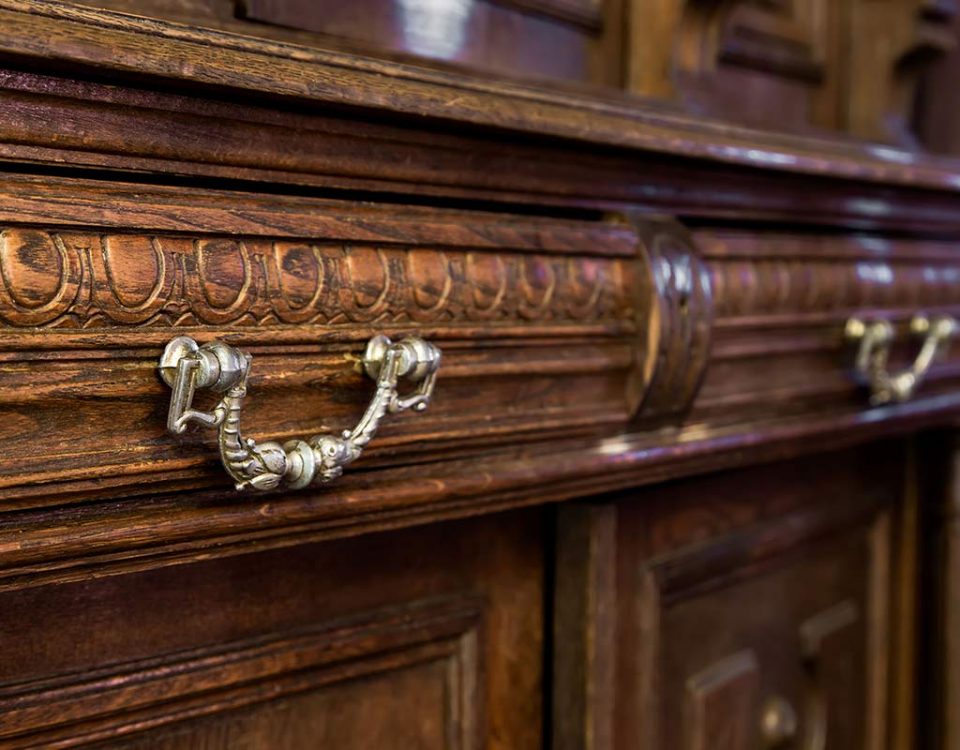